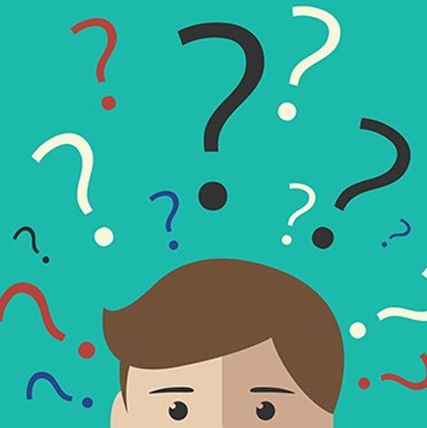 Will my clutch handle the extra power?

Most people experience no problems regarding the clutch on a stage one tune as the torque levels are well within the limits of a standard clutch. If however your clutch is very worn, (high biting position) it’s possible that it will slip. In this case a replacement standard clutch should be fitted prior to remapping.

On a stage 2 remap with a much higher amount of torque a new clutch will generally hold out for around 6 months depending on your driving style. If you plan to drive the car hard it’s recommend you fit an uprated clutch or a paddle clutch.

Is it safe to run a remap on my car?

Yes, at HDI tuning we spend a lot of time developing and testing our remaps to ensure they will not cause any damage to your engine or turbo charger. You should however be sure to stick to the service intervals, it doesn’t hurt to half the intervals to ensure your turbo is supplied with nice clean oil.

Generally it is recommend that you carry out a full service prior to carrying out a remap unless it has occurred recently. Be sure to use good quality fully synthetic oil of the correct grade for your engine. When changing the fuel filter be sure to prime the system prior to starting the engine to prevent air locks.

My car has running problems, should I still go ahead with a remap?

No, you should always fix any problems prior to tuning an engine. If more power is to be requested from it then it’s important it’s in tip top condition. If you have a fault that you can’t figure out please don’t hesitate to get in touch for advice.

Can I set my car back to standard after it has been remapped?

Yes, reprogramming the ECU back to its standard settings is exactly the same as programming the remapped file. You need to save your original ECU data file somewhere it won’t get lost, or contact us if you can’t get hold of it.

Is it worth disabling the EGR if there aren’t any problems with it currently?

This is entirely up to you, however it’s likely the electrovalve will go wrong at some point in your car’s life and cause an EGR fault, so you may as well remove it as a preventative measure. You’ll also notice better pick up and slightly better fuel economy with the EGR removed. If you want two files, one with and one without EGR please request this when we are making your remap.

Will my car pass the particle emissions test at MOT?

Yes you will pass with no problems, particle emissions should not alter significantly under the non-loaded condition at which an MOT test is carried out (assuming your engine is running correctly).

Can you delete the MAF from my ECU software?

We don’t delete the MAF via the file service, the MAF is very important. Here’s a quick explanation of why MAF delete is bad:

From the above points, it’s clear that deleting a MAF can both hide important faults and also affect your fuel economy (and even risk an MOT failure due to high smoke emissions). The bottom line of it is that we require you to have a fully functioning MAF to go with your remap, else you’ll be down on power.

We won’t remove your MAF unless you’re running a much larger stage 3 turbo, even in this case we recommend calibrating a MAF that can read a higher air flow. It’s important that you replace a faulty MAF with a genuine Siemens VDO unit, the cheap MAFs from ebay can cause engine instability (lumpy idle), power loss or high smoke levels. At HDI Tuning we do things properly, we don’t compromise on quality.

There are several fault conditions at which the ECU is programmed to shut down the engine. The most common cause of this is due to the fuel pressure demand not being met: If the fuel pressure measured is more than 250 Bar below the requested set point, the ECU will shut down and store a fault code (P0230).

This can happen when the fuel pump is worn out (usually on high mileage cars) or the injectors are leaking fuel through. Other conditions at which the engine will be shut down for 10 seconds are when the fuel pressure regulator duty cycle reaches 97% or if the fuel pressure drops at a rate of higher than 1000 bar per second. This causes a shut down as the ECU will think there is a fuel leak.

Another common problem on the HDI is the low pressure lift pump. This can become blocked up or worn and fail to supply enough fuel to the high pressure pump. If you’re having problems, get in touch and we will advise on the best course of action.

My HDI continues to run for a couple of seconds when I switch it off?

This is a very common fault, and luckily you’ve found the free solution. The control mechanism which regulates fuel pressure can often jam due to dirt. When you shut the engine down the ECU will continue firing the injectors until the fuel pressure is relieved. To fix this you just need to remove the fuel pressure regulator from the side of the fuel pump, clean it and replace it. I would recommend cleaning with compressed air and possibly a solvent, avoid damaging the rubber seals.

My car is displaying an ‘anti pollution’ fault?

This is a very common fault on the PSA cars and vans, however it’s also a generic fault code that can cover a lot of things. Before we can advise on what we think you need to do, you’ll need to connect with diagnostics to read the fault codes.

My car is displaying the ‘Unlock Diesel Filter’ fault?

This indicates that you DPF is clogged. Please read here to see how to get rid of this problem.

My car is down on power, will a remap fix this?

No, a remap is not the fix to a fault with your car, you must fix all problems before remapping. Common fault causes are:

All of these faults can give similar effects, if unsure, get a mechanic to connect diagnostics equipment and read for fault codes. Also check live engine parameters whilst loading the engine.

My HDI has a loud tapping noise that stops at 3K RPM?

This is more common on vehicles with very high miles. Here the solenoids in the injector cannot keep up with both the pilot and main injection and it will begin to rattle. The noise will stop dead at 3K RPM at the same point at which pre-injection stops.

To fix, fit a set of low mileage injectors. These are preferable to refurbished injectors as these typically use inferior parts which wear quickly.