Before removing your EGR it's worth understanding what it does and why it is fitted. Exhaust Gas Re-circulation occurs during light engine load, it's purpose is to reduce NOx emmissions. Hot gases from the exhaust are vented back in to the intake of the engine instead of fresh air with a higher oxygen content. 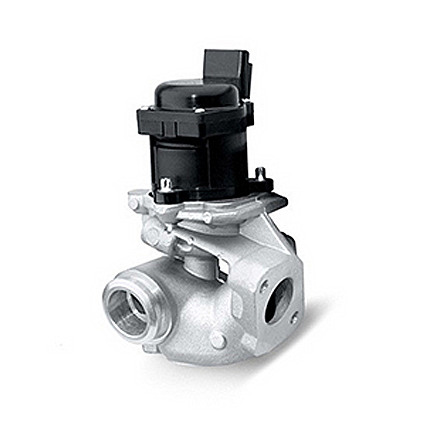 This hot exhaust gas actually acts in a similar manner to an inert gas under combustion. The inert gas causes a reduced cylinder temperature and also a reduction in peak cylinder pressure. The result of this is that less oxides of Nitrogen are formed during combustion (NOx).

The down side of exhaust gas re-circulation is that there is a slight trade off between fuel economy and NOx emissions. With EGR fitted an engine is actually slightly less efficient. To add to this car manufacturers also retard injection timing slightly as this also helps to reduce NOx. Again this has a negative effect on fuel economy.

Why remove the EGR?

Many HDI owners choose to remove the EGR not for the small economy gains, but actually as a preventative measure (or to fix an EGR fault). At some point in your car’s life it’s likely the EGR will begin to cause a problem. Sometimes the inlet manifold can clog with dirt thanks to the dirty exhaust gases entering the engine, alternatively the EGR control solenoid can break causing 100% EGR at all times which will cause a large power loss and un-even running.

With EGR removal you should notice a slightly better pick up, this is thanks to a greater mass flow of clean air through the engines air flow meter, normally fresh air intake would be slightly reduced when air is diverted through the EGR system.

Is it worth disabling the EGR if there aren’t any problems with it currently?

This is entirely up to you and depends if the vehicle will be used on the road or is intended for track use, however it’s likely the electro valve will go wrong at some point in your car’s life and cause an EGR fault, so you may as well remove it as a preventative measure. You’ll also notice better pick up and slightly better fuel economy with the EGR removed. If you want two files, one with and one without EGR please request this when we are making your remap.

Please ensure EGR Delete is legal in the country where you will be using your vehicle. EGR Delete is recommended for track use to get a performance gain, but not for road use.

Here you can learn more about our services.

Pay for products and tuning upgrades.

Program your ECU from home with our simple online service.